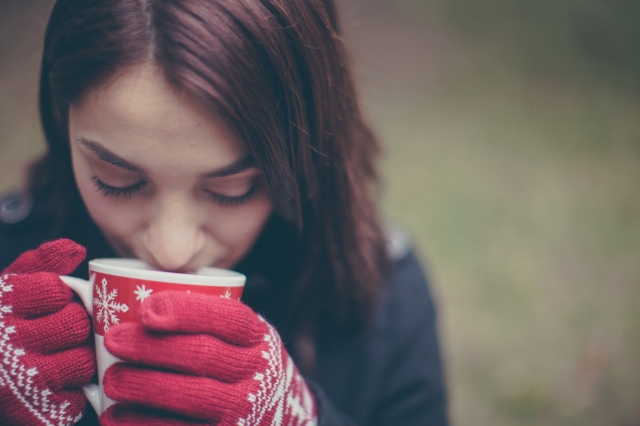 We’re only a couple of weeks into it but the new year is not off to a great start.
It could be worse of course, but it could also be better. The problem with the new year is that it follows Christmas. We’re pressured to make resolutions right after a time of uninhibited gluttony and drunkenness. Which begs the question. Why must the season of excess be immediately followed by a time of gut-wrenching restraint?

I had almost gotten my coke addiction under wraps. But then Christmas came along bringing its annual barrage of stress. I can’t drink beer anymore. Wine is out of the picture. Liquor and I never did mix well, no pun intended. Some would say that I could drink beer or liquor if I wanted too because we’re not under law but under grace. My current attitude to alcohol is best summed up in a quote by William Shakespeare: “Oh thou invisible spirit of wine, if thou has no name to be known by, let us call thee devil.”

The truth is, I have no desire to drink the stuff. I never did like the taste of it. The taste of coke or pepsi is another matter entirely. I actually read somewhere that this drink was originally concocted by a doctor. Such a discovery gave me hope that perhaps the drink is not as unhealthy as we are sometimes led to believe. I could wish it were the healthiest drink on earth. It would be better for my conscience and also my stomach. But alas I fear that some of the scientific studies are correct.

Can I then judge smokers? What is the sin with tobacco smoking? A. It’s unhealthy. B. It’s addicting. The trouble I’m having is that those two criteria can probably be applied to my favourite carbonated soda. Ouch. A case could be made as to the difference in degrees. Yes, coke is unhealthy but probably not nearly as unhealthy as smoking. Yes, people get addicted to coke but don’t they also get addicted to food in general. I absolutely refuse to give up food. I simply will not do it. I know people who have and it didn’t end well for them. I can’t believe it’s possible to be addicted to salads. Must I restrict my diet to food that is green and leafy and tasteless? As Job said, “Can flavourless food be eaten without salt, or is there any taste in the white of an egg?” (Job 6:6) Thanks Job. Now I’m craving bacon.

My problem is that I carry two labels that constantly tempt me toward perfectionism. Firstly, I am a Christian. Secondly, I am a pastor. Should I not then have victory, even over the slightest of temptations? Shouldn’t I be praying instead of watching the hockey game while sipping on a cold glass of coke and munching on a bag of chips? Should a man who preaches God’s Word every Sunday indulge in a second bowl of ice cream or spend his hard earned money on a chocolate bar? The money for the chocolate bar could have been given to the poor. It almost sounds like something Judas would say doesn’t it? Many people in the  world don’t have the bare necessities much less a chocolate chip cookie and a pound of bacon.

Perhaps I am dodging the issue. The real problem is sugar. I love it. I can scarcely get enough of it. I consider it my sanctified addiction. I’m not yet to the point where I stash sugary treats away in hidden corners of the house. There’s really no need for that. My wife likes it too, which is a great relief. She can appreciate the thrill of a sugar rush. I probably won’t start carrying around a bottle of coke in a brown paper bag stuffed inside my jacket. I trust it won’t come to that.

I’m not sure it matters much in terms of my Christian witness. John the Baptist fasted frequently and barely ate enough to keep a bird alive and people thought he was demon possessed. Jesus ate and drank freely and they called Him a glutton and a winebibber. Therein lies one of the many paradoxes of being a Christian. It matters greatly what you say and do and yet it doesn’t matter at all. What really matters is what Jesus said and did.

A couple of paragraphs ago I said that the real problem was sugar. I now relent. Sugar is not the problem. The real problem is sin. Hence, I give myself permission to quit focussing on minor issues. How’s that for a New Year’s resolution? If I was addicted to frequent outbursts of wrath that frightened my wife and freaked out my kid then I’d have something to worry about. But an affinity for sweets? Nah. I’m not sure it’s even worth the mental energy required to overcome it.

But I could be wrong. It doesn’t happen often but I must allow for the possibility. Of course, the only One who was never wrong was Jesus. Which brings me to the long awaited summary. Sin is the problem and Jesus is the answer. There’s the gospel in a chocolate covered nutshell. In the new year I intend to focus more on spreading it, like raspberry jam on a slice of toast. Will I follow through? I hope so. We’ll see what happens. In the meantime, I feel a craving coming on. I have only two choices. Deny it or satisfy it? Hmmm.

2 thoughts on “My Sanctified Addiction”