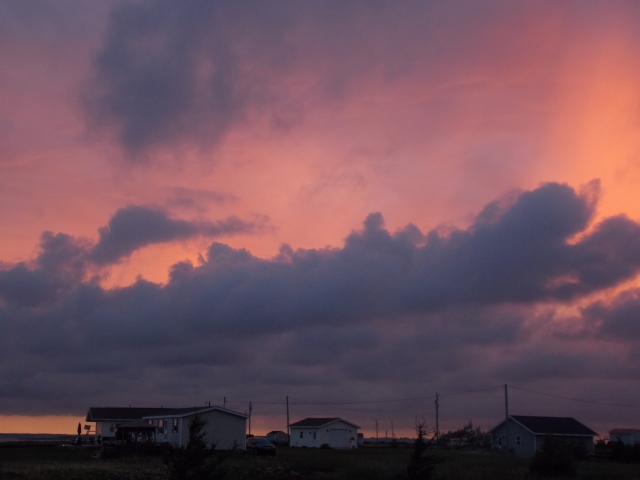 The situation in Fort McMurray, Alberta got me thinking about wild fires from a biblical perspective.
I was thinking specifically about the “wild fire” that destroyed two infamous cities – Sodom and Gomorrah. This particular fire, which you can read about in Genesis 19, was a direct judgement from God. Ironically, it came down like rain from the sky. Thankfully, there is a big difference between the Sodom fire and the Fort Mac fire. In the Sodom situation only Lot and his family escaped and even Lot’s wife died shortly after their departure. The rest of the population were completely wiped out.

In Fort Mac the people got out. Only property was destroyed.. Thank God for His mercy in Fort Mac. And I certainly don’t want to minimize the tragedy of people losing everything they’ve worked for. Their feelings of loss and devastation are totally understandable. But we need to be thankful that, as far as I know, there’s been no loss of life.

Ezekiel 16:49-50 gives some insight regarding the issues that plagued Sodom.
“Look, this was the iniquity of your sister Sodom: She and her daughter had pride, fullness of food, and abundance of idleness; neither did she strengthen the hand of the poor and needy. (50) And they were haughty and committed abomination before Me; therefore I took them away as I saw fit”

It always concerns me when I see society parading pride (sometimes quite literally) as a good thing, as a quality to be fostered and developed in people. Scripture presents pride as something to be avoided. Proverbs 16;18 says, “Pride goes before destruction And a haughty spirit before a fall.” And James 4:6 tells us that “God resists the proud, But gives grace to the humble”

Sodom was a city of great prosperity (“fullness of food”). And because they had left God out of their lives there was plenty of time to party hardy (“abundance of idleness”). Most people were “well off” but they refused to help those who were less fortunate (“neither did she strengthen the hand of the poor and needy”).

Therefore, God “took them away as (He) saw fit.”

One of the benefits of leaving God out of your life and refusing to serve Him is that you’ll have more time to do other things. Sometimes those other things are not bad in and of themselves. Going to the cabin. Taking a run on the quad. Fishing. Boating. Hanging out with friends. Taking trips. Going on cruises. Watching TV. Spending countless hours scrolling through Facebook and Twitter. Working. Peddling around the house at this or that. Eating and drinking. These are not bad things. The badness is in leaving God out of the picture, putting the “things” in the front seat and God in the back.

Unlike most people who go to church God refuses to sit in the back. He demands first place in our hearts and lives.

In the meantime, I have joined my voice to the many who are rightly praying for rain in Fort Mac. Yet, I am reminded of another “wild fire” that will never be quenched. It is doubtless the wildest fire of all. The book of Revelation describes it as a lake that burns with fire and brimstone.

God has already issued an evacuation order. We must leave the city of sin and run toward the Saviour. When it comes to the lake of fire, there’s no other way of escape.